Earn 15 Reward Points for Product Review
By purchasing the below-listed product(s), you will earn 10 points for each $1 spent. You will know the exact earned points once you add the product(s) to cart. NOTE: YOU MUST BE LOGGED IN UNDER MY ACCOUNT TO EARN POINTS

According to the National Center for Biotechnology Information (NCBI), “Curcumin combined with black pepper has shown to increase bioavailability by 2000%”

“The Ayurvedic Answer to Optimal Health!” Our Curcumin Powder with Black Pepper can assist with the reduction of tissue swelling, and fatigue.

IMPORTANT NOTE: If you find this product for MUCH LESS elsewhere, you can bet your getting what you pay for! (Potent and clean, Curcumin is a costly commodity and process).

Curcumin is the main active ingredient in Turmeric. Our Curcumin is an all natural sweet supplement that helps offer relief for joint and body pains. Ingesting Curcumin by itself does not lead to the associated health benefits due to its poor bioavailability, which appears to be primarily due to poor absorption, rapid metabolism, and rapid elimination.  By combining Curcumin with black pepper, you are gaining many more remedial properties.

Piperine is the major active component of black pepper and, when combined in a complex with Curcumin, has been shown to increase bioavailability by 2000%

Black Pepper aids as a great advantage in further reducing inflammation (as well as with all of the other Curcumin benefits) by helping the Curcumin absorb better into the body. In addition, black pepper itself is rich of many vitamins and minerals and is also considered to be an antioxidant haven.

What makes our Curcumin with black pepper special is that it is honey flavored making it taste much better than any other Curcumin products in the market! Our product is completely natural with no artificial flavoring or additives!!

We make our Curcumin available in a powder form giving it the ability to absorb quicker in the bloodstream compared to capsules. Just mix Curcumin powder with any type of liquids such as Milk, Water, Smoothies, Juices, and anything else! Herbily Ever After™ Curcumin is easy to handle and mixes well with all types of liquids. You can even just take a spoon of the powder by itself!!!

Moreover, we developed our product in a way in which you can increase or decrease the dosage depending on your personal need!

IMPORTANT NOTE:  If you find this product for MUCH LESS elsewhere, you can bet your getting what you pay for! (Pure, clean, Curcumin is a costly commodity and process).

If a supplement from a reputable brand costs $26 and you just found a knock-off for $8 on Amazon, this should raise a red flag rather than create excitement.

FDA WARNING
Statements regarding dietary supplements have not been evaluated by the FDA and are not intended to diagnose, treat, cure, or prevent any disease or health condition.

Begin with recommended serving size of 2/4 teaspoon. Serving size can be increased or decreased depending on consumer’s need. Mix into any beverage, juices, soups, smoothies, salads, cereals, etc – or take by itself. For better results, take at cold or room temperatures. If adding into hot beverages such as coffee or tea, make sure Curcumin is added at the end and not during the process of making the beverages.

Curcumin is being recognized and used worldwide in many different forms for multiple potential health benefits. Turmeric is a spice that has received much interest from both the medical/scientific worlds as well as from the culinary world. Turmeric is a rhizomatous herbaceous perennial plant (Curcuma longa) of the ginger family. The medicinal properties of turmeric, the source of curcumin, have been known for thousands of years; however, the ability to determine the exact mechanism(s) of action and to determine the bioactive components have only recently been investigated. Curcumin (1,7-bis(4-hydroxy-3-methoxyphenyl)-1,6-heptadiene-3,5-dione), also called diferuloylmethane, is the main natural polyphenol found in the rhizome of Curcuma longa (turmeric) and in others Curcuma spp. Curcuma longa has been traditionally used in Asian countries as a medical herb due to its antioxidant, anti-inflammatory, antimutagenic, antimicrobial, and anticancer properties.

Curcumin, a polyphenol, has been shown to target multiple signaling molecules while also demonstrating activity at the cellular level, which has helped to support its multiple health benefits. It has been shown to benefit muscle tissue swelling, metabolic syndrome, pain, and to help in the management of inflammatory and degenerative eye conditions. In addition, it has been shown to benefit the kidneys. One of the major problems with ingesting curcumin by itself is its poor bioavailability, which appears to be primarily due to poor absorption, rapid metabolism, and rapid elimination. Several agents have been tested to improve curcumin’s bioavailability by addressing these various mechanisms. Most of them have been developed to block the metabolic pathway of curcumin in order to increase its bioavailability. For example, piperine, a known bioavailability enhancer, is the major active component of black pepper and is associated with an increase of 2000% in the bioavailability of curcumin. Therefore, the issue of poor bioavailability appears to be resolved by adding agents such as piperine that enhance bioavailability, thus creating a curcumin complex.

Curcumin has a long established safety record. For example, according to JECFA (The Joint United Nations and World Health Organization Expert Committee on Food Additives) and EFSA (European Food Safety Authority) reports, the Allowable Daily Intake (ADI) value of curcumin is 0–3 mg/kg body weight. Several trials on healthy subjects have supported the safety and efficacy of curcumin. Despite this well-established safety, some negative side effects have been reported. Seven subjects receiving 500–12,000 mg in a dose response study and followed for 72 h experienced diarrhea, headache, rash, and yellow stool. In another study, some subjects receiving 0.45 to 3.6 g/day curcumin for one to four months reported nausea and diarrhea and an increase in serum alkaline phosphatase and lactate dehydrogenase contents.

Why Curcumin and Black Pepper Is a Powerful Combination

Turmeric, also known as the golden spice, is a tall plant that grows in Asia and Central America. It gives curry its yellow color and has been used in traditional Indian medicine for thousands of years to treat various health conditions.

Studies support its use and show that it can benefit your health. But coupling turmeric with black pepper may enhance its effects.

In recent years, research has confirmed that turmeric has medicinal properties. And while most people think of it as nothing but a seasoning, black pepper can benefit health as well. Both turmeric and black pepper have key active ingredients that contribute to their anti-swelling, antioxidant and disease-fighting qualities.

Curcumin and piperine are generally considered safe. There are no official recommendations for consumption of either, and the maximum tolerable intake has not been identified. Certain people may experience side effects like nausea, headache and skin rashes after taking curcumin in large doses. It’s thus important to follow the dosage recommendations on the supplement packaging.

The Joint FAO/WHO Expert Committee on Food Additives (JECFA) has set the acceptable dietary intake for curcumin as 1.4 mg per pound (3 mg/kg) of body weight per day, or approximately 245 mg for a 175-pound (80-kg) person. In Indian culture, turmeric and black pepper are commonly consumed in tea, often combined with olive oil, coconut oil, honey and ginger.

Because curcumin is fat-soluble, consuming it with fat may increase absorption. However, to fully reap the medicinal benefits of curcumin, it’s best consumed in supplement form combined with piperine. SUMMARY:  Turmeric and black pepper are considered safe, and no serious side effects have been reported. While they can be added to food and drinks, supplements typically provide the greater benefit.

Turmeric and black pepper each have health benefits, due to the compounds curcumin and piperine. As piperine enhances curcumin absorption in the body by up to 2,000%, combining the spices magnifies their effects.

If you’re looking to fully enjoy the advantages of turmeric and black pepper, consider mixing these spices for best results.

Give Herbily Ever After’s Curcumin with Black Pepper a try!

Legal Disclaimer
Statements regarding dietary supplements have not been evaluated by the FDA and are not intended to diagnose, treat, cure, or prevent any disease or health condition.

There are no reviews yet. 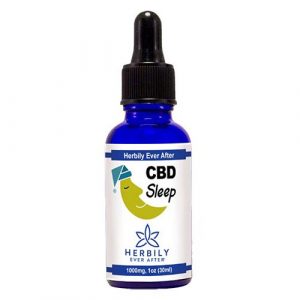 Using a unique blend of organic full-spectrum, CBD Hemp Oil with sleep herbs, Herbily Ever After® has found an organic formula that stacks up against other sleep supplements. 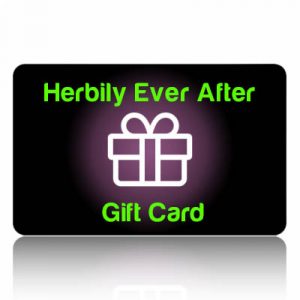 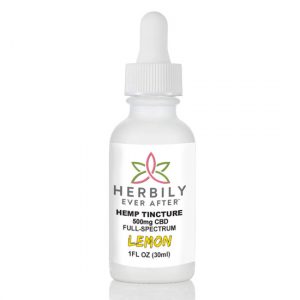 Our 500mg, 30ml, FULL-SPECTRUM, CBD Oil Tincture is the highest quality CBD on the market today and what you’ve come to expect from, Herbily Ever After™.  Organic lemon extract gives this tincture a bright, refreshing lemon blossom flavor.

Experts contend that tincture oils taken sublingually are more bioavailable than swallowing it.  Be sure to read more under the USAGE tab. THC is  0.3% or less 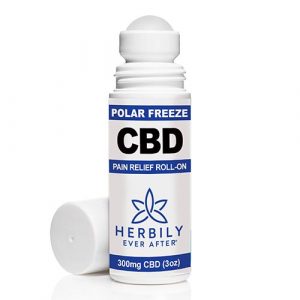 Our Broad Spectrum 300mg CBD-Infused Gel consists of an all-natural formula that does not contain harsh or toxic chemicals. Our proprietary formula is made with only the highest quality all-natural ingredients. This unique cooling menthol formula delivers fast acting, long lasting and deep penetrating into the joints and muscles. 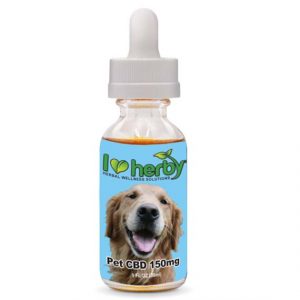 Our 150mg CBD Pet Tincture is great for dogs, cats, and other four-legged pals, with 100% organic CBD Hemp Oil, and includes cold-pressed hemp seed oil for stomach discomfort. THC is always .03% or less