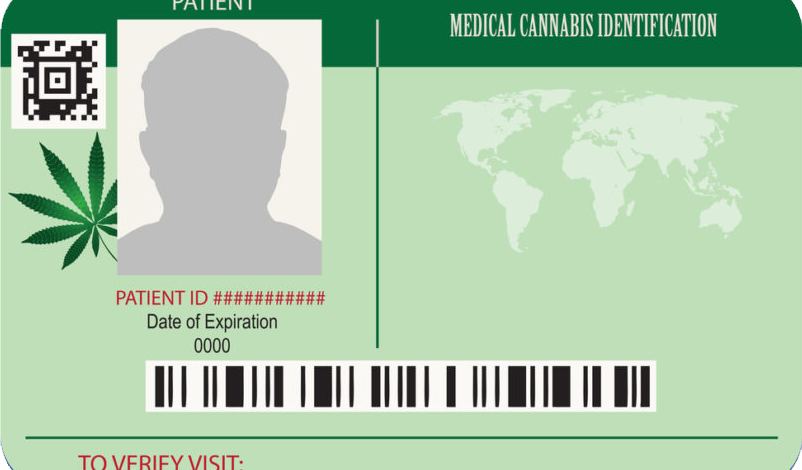 Pros and Cons of Having a Medical Marijuana Card

We are fast approaching the silver anniversary of America’s first medical marijuana program in the modern era. In 1996, Prop 215 allowed residents of California access to cannabis if they could prove a medical need. It opened the door to legalization in dozens of states, and one hopes that federal legalization is an inevitability, rather than the pipe dream it was a few decades ago.

In this article, we look at the pros and cons of having a medical marijuana card. The advantages of using cannabis to help alleviate the symptoms of conditions are outlined throughout this website. In this piece, the ‘pros’ primarily relate to having a card in a state where the herb is recreationally legal.

How Easy Is It to Get a Medical Marijuana Recommendation?

Unfortunately, we can’t give you a definitive answer. It depends on several factors. For instance, the application process varies from simple to convoluted, depending on the state you live in. Things have improved, but that was a necessity. In early 2016, 16 states (a significant majority at the time) received a failing grade in a special report that looked at the quality of every program in America.

In Oregon, the advent of recreational legalization has all but ruined the state’s program. In 2016, the state had over 400 licensed medical marijuana dispensaries. By mid-2018, there were only eight. As you’ll see in the ‘pros’ section, it makes a huge difference to have an MMJ card in a recreationally legal state if you are sick.

Then there is the small matter of receiving a recommendation from a doctor. Not all physicians in legal states are advocates of the herb, and there is no legal obligation for them to help you out.

Now, let’s take a look at the advantages and disadvantages of owning a medical marijuana card.

Need a medical marijuana card today? Let us help with the process by starting here.

Get your medical card

Pros of Having a Medical Marijuana Card

If you reside in one of the states where you are only allowed medical marijuana, an MMJ card can be the difference between a misdemeanor (or even a felony charge) and freedom! Let’s take Arkansas as an example. The state legalized medical cannabis via a vote in November 2016.

Licensed sales only began in May 2019, and possession of less than four ounces is a Class A misdemeanor, which could result in a year in prison, along with a $2,500 fine. A third conviction for possession is a Class D felony, which carries maximum penalties of 6 years in prison and a $6,000 fine.

If you live in a recreationally legal state, an MMJ card can save you a lot of money. This is an extremely important benefit for individuals in genuine need of cannabis for medical reasons. In Colorado, for example, MMJ cardholders avoid excise and retail marijuana taxes. Other states such as California, Maine, Massachusetts, and Oregon offer tax breaks for cardholders. It can save you up to 25% in taxes in some states!

If you live in a medically legal state, you can still save money compared to prescription medication.

Imagine a situation where you need a drug that isn’t covered by your insurance. Epidiolex, the first drug approved by the FDA that comes from the marijuana plant, will cost over $2500 a month. With an MMJ card, you can go to a dispensary and get the herb for a fraction of that cost. However, there is no way to guarantee that what you purchase at the dispensary is the same as Epidiolex, so if you are prescribed Epidiolex by your healthcare provider, it is still recommended that you get it.

As medical users know, the dosage is extremely important when it comes to cannabis; and it is often necessary to get hold of extremely potent cannabis to alleviate your symptoms. As such, medical dispensaries are usually allowed to sell stronger cannabis, and you can purchase more of it. In California, for example, MMJ cardholders can purchase 2,000mg of cannabinoids each time, compared to the 1,000mg limit imposed on their recreational counterparts.

In Oregon, the slow death of the medical marijuana program is hitting patients hard. With the implementation of the recreational program, the state’s Health Authority began regulating THC content. Now, medical edibles can contain no more than 100mg of THC. For patients in need of 1,000+mg per day, this is a disaster. These 100mg edibles can cost $20+ each, which means paying over $200 a day to get your dosage.

MMJ cardholders are generally permitted to carry more cannabis than recreational users. In California, medical marijuana users can carry up to 8 ounces on their person. In contrast, recreational users are legally allowed a maximum of one ounce, and up to 8 grams of cannabis concentrate.

In all states where recreational use is legal, customers must be at least 21 years of age. In certain medical states, you only need to be 18 years of age once you can present your MMJ card. This is a huge development for people aged 18-20 in need of cannabis to treat a certain condition. Also, states with medical marijuana programs allow minors to use cannabis with the assistance of a named caregiver.

Just to be clear, not every medical marijuana program allows patients to grow marijuana at home, but a lot do. There are also a couple of states that only allow you to grow if you live a certain distance from the nearest dispensary (usually 25+ miles).

In California, recreational users are allowed to grow up to six plants in their homes. However, at the time of writing, MMJ cardholders can still grow up to 99 plants if they apply for, and receive, a special marijuana cultivation license. However, it is likely within the next few years that the growing limit will be reduced in states where it is currently possible to grow dozens of plants.

Cons of Having a Medical Marijuana Card

1 – You Legally Can’t Own a Firearm

In the United States, the often misunderstood Second Amendment guarantees citizens the right to bear arms. However, the ATF has decided that medical marijuana users are not allowed to purchase a firearm.

This is inconvenient for both cannabis users and law enforcement. In Honolulu, the local government embarked on a doomed quest to get MMJ cardholders to surrender their weapons, and also to forbid future purchases.

In Pennsylvania, the Department of Health won’t share the medical marijuana registry with the state’s law enforcement base. Therefore, if you live in Pennsylvania, you can bypass the restriction by acting responsibly with your firearm!

The Department of Transportation does not authorize the use of medical marijuana. In other words, if a transportation employee tests positive for marijuana in a drug screening, producing an MMJ card won’t be enough to save their job. In some ways, it makes a bit more sense than the firearm restriction because you don’t want intoxicated drivers. However, you could make the same argument for alcohol and opioid use.

The cost of an MMJ card isn’t much of an issue if you’re a regular user because it could save you thousands of dollars in the long-term. Renewing your card annually is a bit annoying and can cost anywhere from $50-$200.

4 – Forget About Holding a Government Job

If you work for the Federal Government, medical marijuana use can cost you the job; even in a state where it is completely legal. In 2017, the U.S. Department of Transportation clarified that even medical marijuana patients were not allowed to use cannabis, and a failed test could lead to termination of employment.

This is hardly a surprise because plenty of non-government companies have a strict zero-tolerance policy on cannabis use. Since the herb remains federally illegal, employees often don’t have a leg to stand on. However, some MMJ cardholders have found success in the courts after either being fired or refused employment on the grounds of testing positive for marijuana.

The U.S. Government is by far the biggest employer in the nation with well over 4 million employees at the last count. If you have a good job working for them, we’re afraid that cannabis is strictly off limits.

These days, the amount of red tape you have to go through has diminished significantly. In certain states, it is now possible to get a recommendation online in under 30 minutes! There are even services that enable you to order cannabis and have it delivered to your door like a pizza!

However, there are still states where it can take weeks to get your MMJ card as they continue to rely on snail mail. The main issue tends to be with new programs. It can take two years for a state to open its first medical dispensaries from the day the vote to legalize cannabis took place!

States such as Louisiana make it tough for people to get their MMJ card mainly due to severe restrictions on the number of qualifying conditions. Then there is the small matter of finding licensed physicians. Some states have fewer than 100, and if there is a limit on the number of patients a doctor can see, it can make it very hard to get an MMJ card.

The ease with which you can get an MMJ card depends entirely on the state you live in. California residents can do it online and have a card ready within the hour. They can then stay at their computer, find a suitable strain, and have it delivered straight to their door. Louisiana residents have to hope to find a doctor that prescribes it and wait for the state health board to approve their application.

In summation, the advantages of an MMJ card far outweigh the downsides, unless, of course, you like guns, have a CDL, or are employed by the government! If you have the card, you can purchase and grow more cannabis, buy more potent products, and save money on taxes. Hopefully, the federal government will follow the lead of Canada and legalize marijuana throughout the United States. One would hope a federally backed program would be superior to the omnishambles that sometimes occurs at the state level.